Shortly after the end of World War II Manufacturers Bank commissioned a bronze plaque showing the names of the Bank employees who served in the military during World War II. This plaque was placed in the lobby of our Main Office at 151 W. Fort Street and remained there until the sale of 151 W. Fort. It was then mounted on the west wall in the lobby of the Manufacturers Bank Building (MBB) at 411 W. Lafayette.

Sometime after the 1992 merger with Comerica Bank the plaque was removed from the MBB location and is now either lost, destroyed, or in storage somewhere within the properties department of Comerica Bank. If you know where this plaque is, please contact Jim LeBlanc at jimrleb@gmail.com

Cash Man was introduced in 1975 at the Annual Officers Meeting and the very first ATM's were operating in early 1976 at about a dozen branch offices.

The Cash Man name gave way to Manuway in the early 1980s .

The Manuway name remained until 1992 when it was replaced with Comericard.

Here is another one of a kind - a calendar from 1972 compliments of Pam Martin. 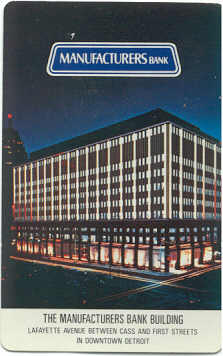 When did Manufacturers Bank adopt the trapezoid signage?

The bank began changing its signs and logo in 1969. Prior to that date there were a variety of shapes and signage at our various locations. The trapezoid signs were designed to allow a variety of sizes from 21 feet to 27 feet long. It was decided that the sign would be placed atop tubular stanchions and arched in a flare just below the sign. The strength and distinctive look of this shape was proven when the merger with Comerica Bank was completed as it was retained as the official signage for the bank.

Hanging on my computer room wall, this metal logo, now mounted on an oak panel, once upon a time was mounted on the marble front of the MBB Building at 411 W. Fort Street. Only a handful of these 27" X 6.5" logos were cast in 1971 when the MBB opened. I am fortunate to be one of the proud owners.

Do you remember these coins?

They were issued in 1977 to commemorate the opening of the Manufacturers Bank Tower at Renaissance Center
What do these keys represent?

These sterling silver keys were traditionally given to the Branch Officer when a new branch office was opened.
I received one of these keys when the Wayne-Warren Office #41 was opened on July 17, 1967. This office is now the Copper Cricket Gift Shop.
I received the second key when the West Chicago-Schaefer Office #65 was opened on July 28, 1969.
R.A.M. are the initials of Roland A. Mewhort, Chairman of the Board.
I wonder how may of these keys still exist?

Who still has one of these refrigerator magnets?

They were distributed as a customer appreciation giveaway in the mid -1980s.

Here's another of those wild and wacky customer appreciation giveaways!

I bet I have the only one left in the world.

Made of plastic, you just check off your needs, and remember who gave it to you. The reverse has our famous trapezod logo.

Here is a Beer Can Opener (could be used for Pop Cans also) given away as a Customer Appreciation gift.

Ed Churray found this commemorative postcard in a shop in Alpena in 2002. It shows the remodeled Michigan-Griswold Office as it appeared in 1965. The old building was the Main Office of Industrial National Bank, and became Branch #17 in 1955 when Industrial National and Manufacturers National merged. 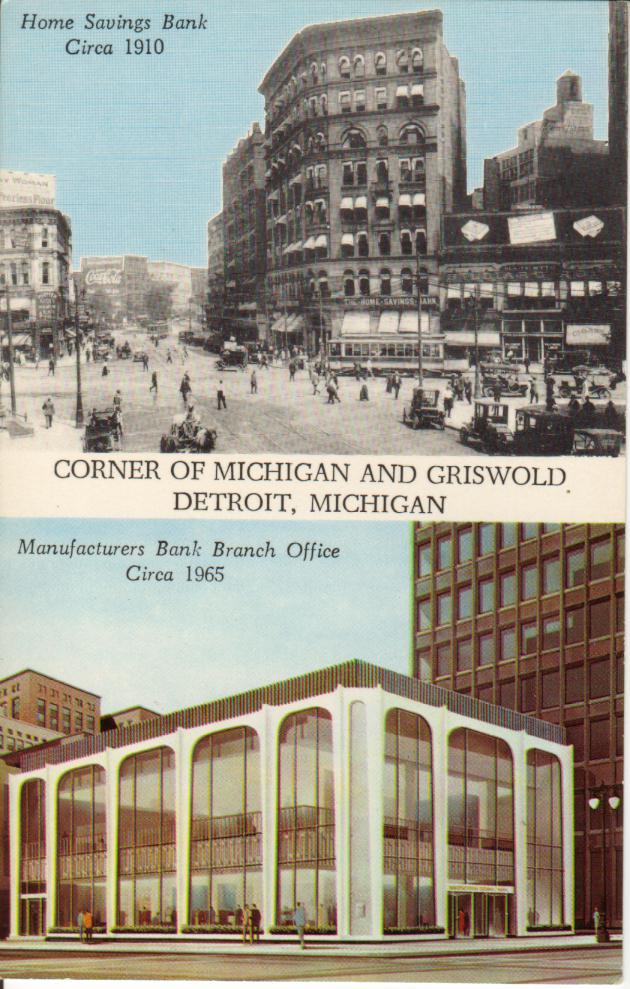 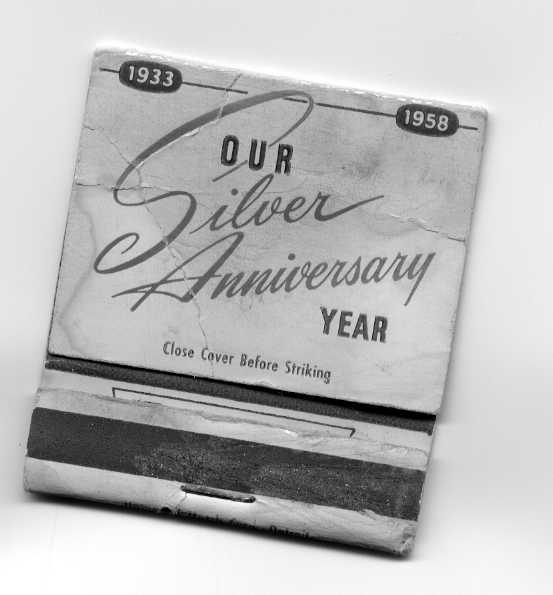 These were designed to gather deposits. A bracelet with a single charm was awarded for an initial deposit, Each week additional charms were made available for adding to the account. The full bracelet was the result of making all the necessary deposits, or it could be purchased on a stand alone basis. How many of you have a full bracelet? What do you think it is worth today? 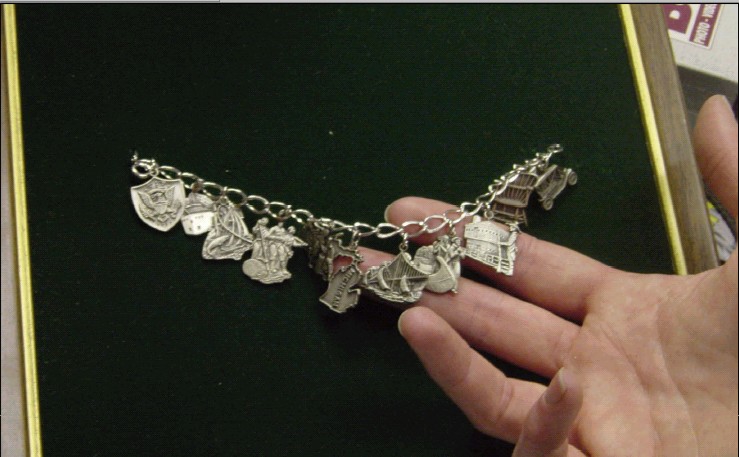 Jim Tehan, son of Maury Tehan ("That's My Bank") provided the following items which his father produced while he was Advertising Manager for the bank. Fruits of the Money Tree coin was distributed in connection with a savings promotion. The small plates ( 4.5 inches X 4.5 inches) reflect Industrial National Bank (merger in 1955) and Manufacturers National Bank. The dates of production were in the 1950's. The Winston Churchill coin was sold over the counter in 1965. The Henry Ford Coin, with the Seal of the State of Michigan on the obverse, does not indicate that it was produced for Manufacturers Bank. Does anyone remember the issuance of this coin? 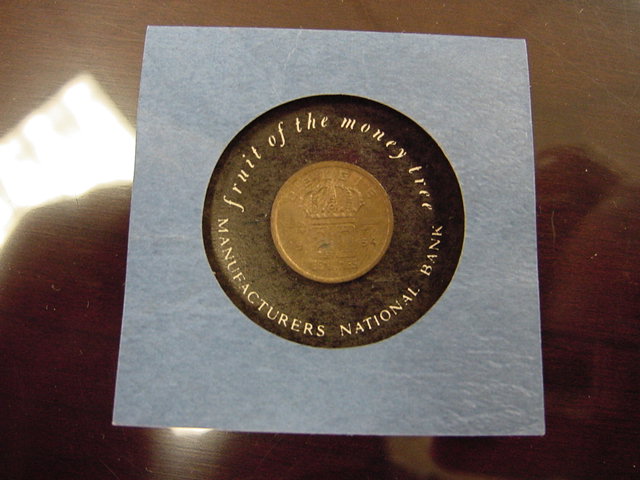 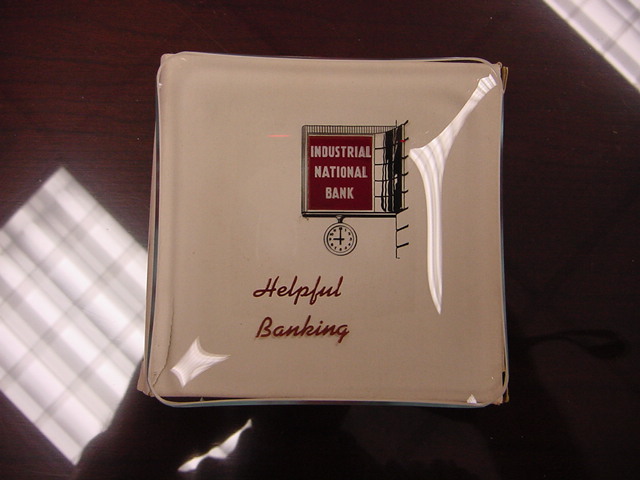 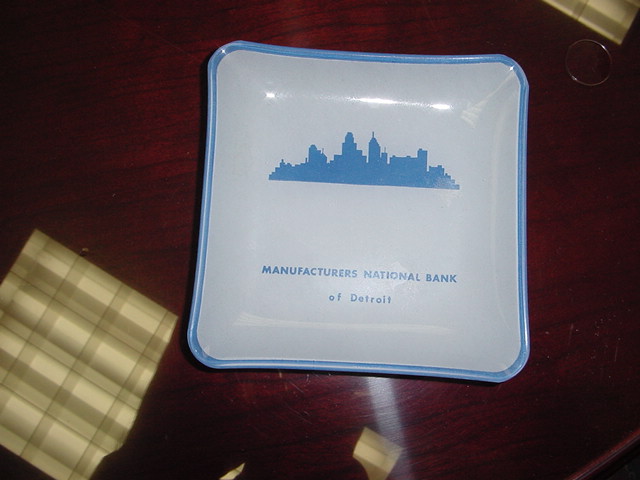 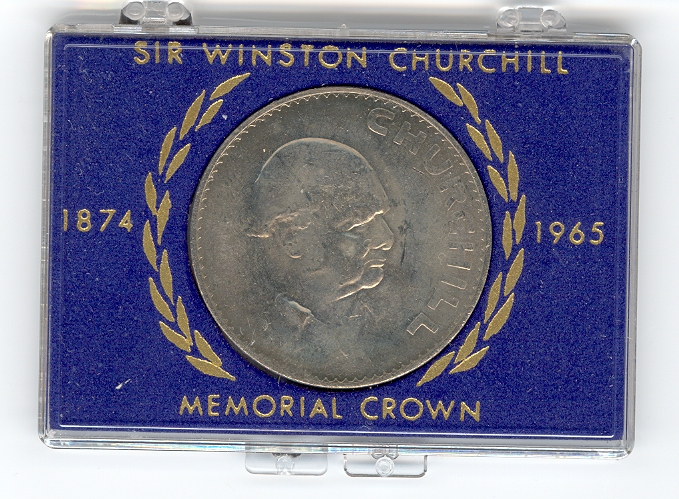 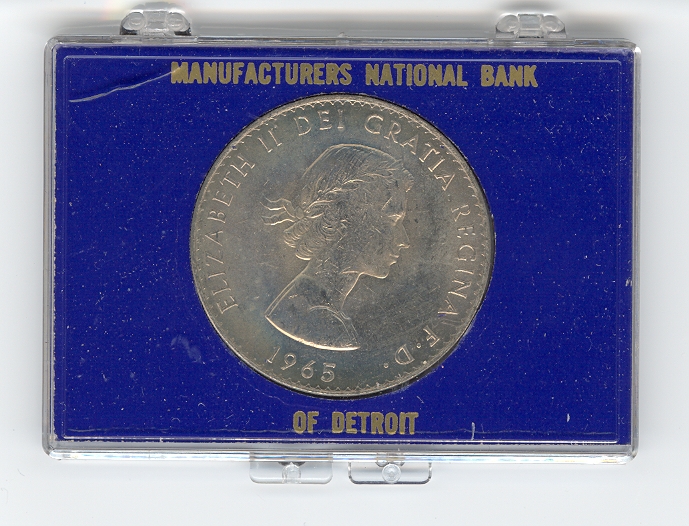 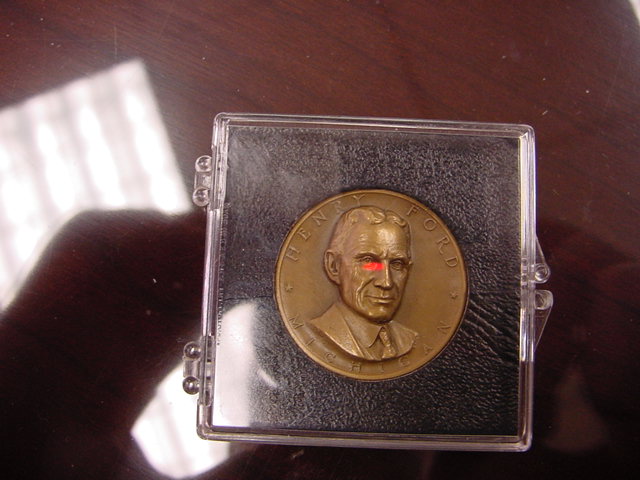 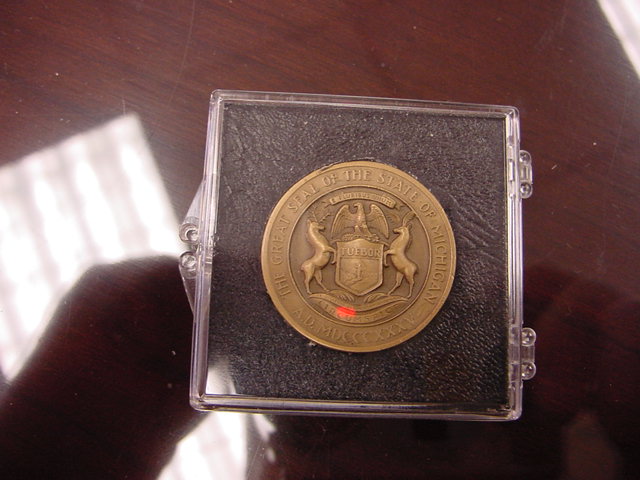